Building A Car Of The Future

Amazon is launching its first-ever apparel store, where buyers can try on products suggested by algorithms. The world’s largest e-retailer has become synonymous with eCommerce. It is now also a major player in cloud computing, streaming media, and artificial intelligence (AI).

The Amazon fashion store or simply Amazon Style, a 30,000-square-foot boutique in Los Angeles, is planned to debut later this year as the corporation expands its fashion business.

All goods for sale are displayed on racks, and consumers use the Amazon app to scan a code to choose the color and size they want to try on.

The customer then joins a virtual queue for a fitting room, which they may access using their phone as it becomes available.

The e-commerce giant is still seen as trustworthy because they have been around for a long time. They offer things at highly discounted rates, making them more affordable for people who don’t earn high salaries. 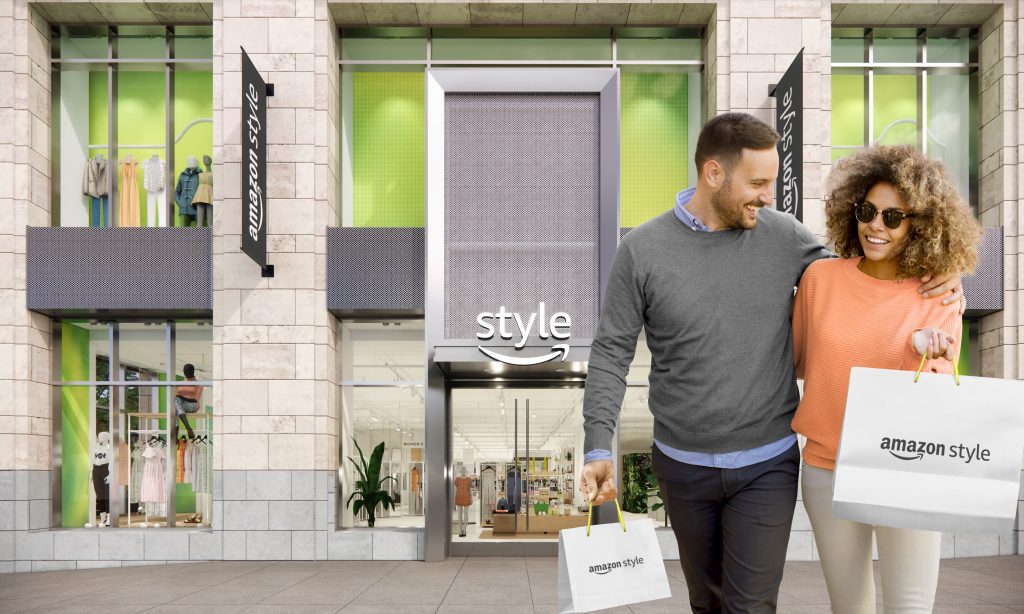 Customers may use a touchscreen in each fitting room to choose more things to try on, with employees putting them in a two-sided safe locker “within minutes,” according to Amazon.

Simoina Vasen, a managing director, stated, “We wouldn’t undertake anything in physical retail unless we believed we could considerably enhance the consumer experience.” “Like a magic closet with apparently unlimited options,” she described the experience.

According to Amazon fashion store executives, the fitting room will be “a personal location for you to continue shopping without ever having to leave,” according to the business.

Amazon will keep track of every item scanned by each consumer, and its algorithms will make apparel suggestions based on that information.

Customers may also complete a style survey, and when they come in the fitting room, Amazon personnel will have placed the items they chose and those chosen by their computers.

Customers will be able to pay for their goods using Amazon’s Amazon One biometric technology, which requires users to swipe their palms.

While some may seem a little Big Brother-esque, it will be a pleasant addition for people who don’t really love shopping.

The dressing rooms will be part of the Amazon Style shop, which will be 30,000 square feet and smaller than a department store but bigger than a typical boutique.

Only model pieces of various apparel styles from various companies will be displayed on racks at the specifically constructed shop. To choose a color and size, customers will have to scan a code using the Amazon mobile app. After that, the item will be taken from a rear storage location and placed in a dressing room.

Customers will be able to continue shopping once inside owing to the tech-savvy facility, which will have a touchscreen that will offer additional possibilities.

The Amazon fashion store will also include a cashier-less checkout, similar to Amazon Fresh grocery stores in California, Illinois, Maryland, Seattle, and Factoria, only a few hours from Vancouver.

Amazon has been experimenting with this shopping notion for a while: in 2018, the Seattle-based business patented a high-tech mirror that would enable individuals to try on outfits digitally from the comfort of their own homes. Although the virtual reality-based device has yet to be seen in action, it may theoretically enable the user to change their location (to try on swimsuits in a beach setting, for example).

According to a Wells Fargo research, Amazon ecommerce eclipsed Walmart as the number one clothing retailer in the United States in March 2021. According to the bank, Amazon’s clothes and shoe sales were worth more than $41 billion.

Later this year, Amazon Style will launch in the Americana at Brand retail center in Glendale, California.

Christy Gren
Christy Gren is an Industry Specialist Reporter at Industry Leaders Magazine she enjoys writing about Unicorns, Silicon Valley, Startups, Business Leaders and Innovators. Her articles provide an insight about the Power Players in the field of Technology, Auto, Manufacturing, and F&B.
« US Inflation Rate Reaches 7% Marking the Highest Since 1982
Inflation Brings More Worries for Investors in 2022 »
Leave a Comment
Close

On March 15, Novogratz went so far as to predict that the Bitcoin future price will reach half a million dollars per coin by 2027. He made this statement at the Bitcoin 2022 confer
22 hours ago

Managers and HR personnel must be coached on how to compassionately convey the message as it is one of the most difficult conversations an individual can have. Open and honest comm
1 day ago

China Might No Longer Be An Apple Manufacturing Country

The iPad manufacturer has previously sought to remove China as the main Apple manufacturing country. Trade tensions and a strict Covid-19 policy has previously resulted in supply c
2 days ago

In the same year, Racine had sued Meta, then known as Facebook, for failing to protect user privacy and deceiving them about how much data is collected and how it was used. The Att
2 days ago

Electronic Arts Shops Around For a Buyer

However, Byers sheds light on the most recent Electronic Arts news saying, “Several sources familiar with these talks say EA has been persistent in pursuing a sale, and has only
3 days ago

Although electric car adoption rates are heartening, it is the electric two- and three-wheeler segment that has brought about a major shift in demand for oil. Especially popular i
3 days ago